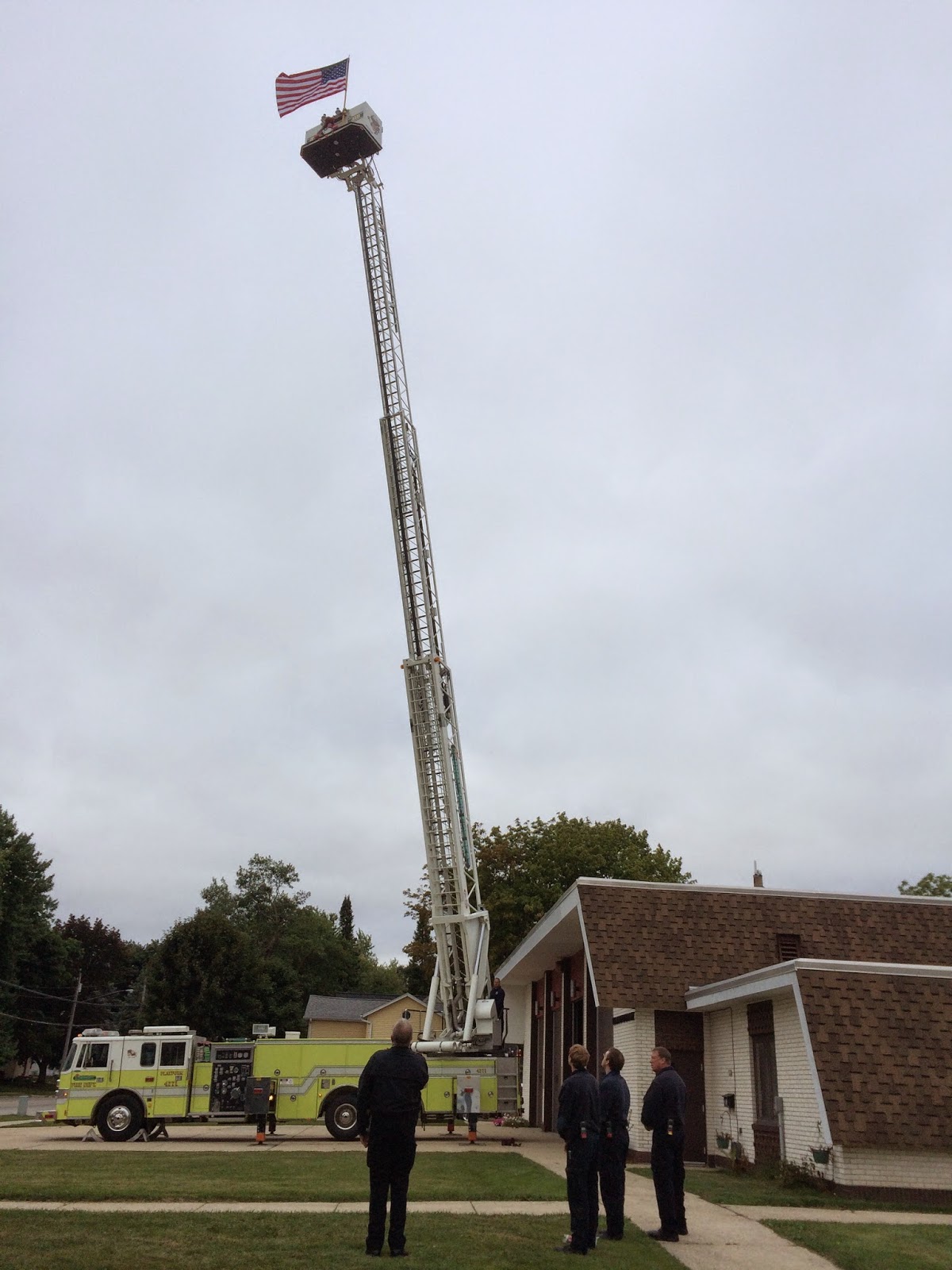 Now retired from the fire department since ’96, each year at this time since 9-11 I’ve always tried to make it back to my home town of Des Plaines, IL for a city or department led observance of the day.  A couple of years it was enough to stop by the station and have a cup of coffee with the crew for awhile and then move on.

This year I wasn’t able to drive down for either and instead stopped by the local Oconomowoc, WI Fire Department’s Station 2 this morning to at least observe the modest ceremony they had planned. Just spending even a few moments of that particular day on Fire Department soil still remains important, even 13 years after.

The local department, though small in number, had raised a flag high over the station on their elevated platform, and the Chief made a few eloquent remarks about both the tragedy of that day and the reverence reserved for the day annually by the fire service. Reading a short poem, or listing a few statistics could not cover up the occasional interruption caused as emotion made it difficult to speak.  A reporter earlier asked why the department had this ceremony each year, and the Chief responded, “Well, I can give you 343 reasons right now,” and then explained further.

As a retired firefighter, and one of only two or three non-department observers, I was invited to line up along with less than a dozen active firefighters who were on hand for the ceremony.  The Chief began reading the names of the 343 firefighters who had lost their lives at Ground Zero, and after reading a page of names handed the list to the next person in line who continued for a page soon passing the list on to the next, and so on.

I was deeply honored to have been part of the line of readers and did my part reading the names, ranks and duty assignment of a page full of firefighters I had never met, yet considered brothers. It was, perhaps, one of the most moving opportunities I’ve had on an already emotionally-charged date.

It was a small ceremony, and a relatively short one — though it seemed long due to the cold brisk wind that swept across us on the ramp — but it was a necessary one. And I was deeply grateful to be there.
Posted by Rick Ornberg at 12:01 PM
Email ThisBlogThis!Share to TwitterShare to FacebookShare to Pinterest