Firefighters shot while entering home: Update of protocols called for 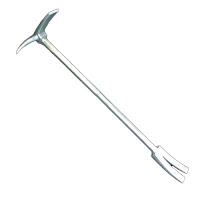 Recently, two Maryland firefighters were shot by a homeowner who did not realize they entered his home following a request by the owner’s brother to check on his welfare. One of the firefighters died from the gunshot wound shortly after. Classified as a “routine” welfare check by local fire officials, this is the second time a firefighter was shot in the same district during this type of call, with one firefighter wounded in 2008 in similar circumstances.  “We will probably give them a little more guidance to help those people make better informed decisions,” said the Fire Chief in a local news story.
The argument is strong on both sides of the first-responder community, with some calling the firefighters “heroes” for their attempts to help another, with others calling for much stronger indicators — such as actually observing someone incapacitated, or hearing calls for help or screams within — before making forcible entry into a residence, especially these days when more Americans are protecting their individual homes and “castles” with firearms under a protective 2nd Amendment. (Full disclosure: I’m one of them.)
Leaving the ongoing firearm debate aside, there’s the matter of who should make such entry and under what circumstances. How many times do you knock? How loud do you call out? How many times do you call out? Should a 2nd floor entry be attempted first? (Often 2nd story windows aren’t locked.)  And leading all those questions is whether firefighters should be making forcible entry “just in case” at all or leave such initial entry to trained police officers.
I fall on the side of following the cops inside in any situation when a forcible entry is made when there’s no flame, smoke or audible indicators to do so. Some will immediately remind me of how “seconds count in a medical emergency”, and they’ll be right. Taking that one extra step of precaution can save lives as well.  Others will question whether fire or EMS personnel will be lesser servants should they pause. Maybe, but fire and EMS personnel make such decisions everyday when they stop and take time to check if a floor over a fire is spongy or not before proceeding, or taking time to check prior medication before injecting another drug that might prove lethal in combination. Seconds do count to be sure. But so does common sense.
Individual courage and sense of duty is always admirable, but unfortunately not always productive. Protocols for such calls to “check on the welfare” should primarily be a police response with EMS backup. Or, at the very least, an EMS or Fire response, though only with on-site Police support.  Either way, firefighters may be the experts in how to break in and make entry, but in most cases void of smoke, fire or screams, the Police know best when to break in.
Fire and Police have always been two equal parts of an ongoing competitive game.  Everyday, however, they continue to work best as a team when it comes to saving lives — of both first responders and the citizens they serve.
###

Posted by Rick Ornberg at 2:53 PM
Email ThisBlogThis!Share to TwitterShare to FacebookShare to Pinterest